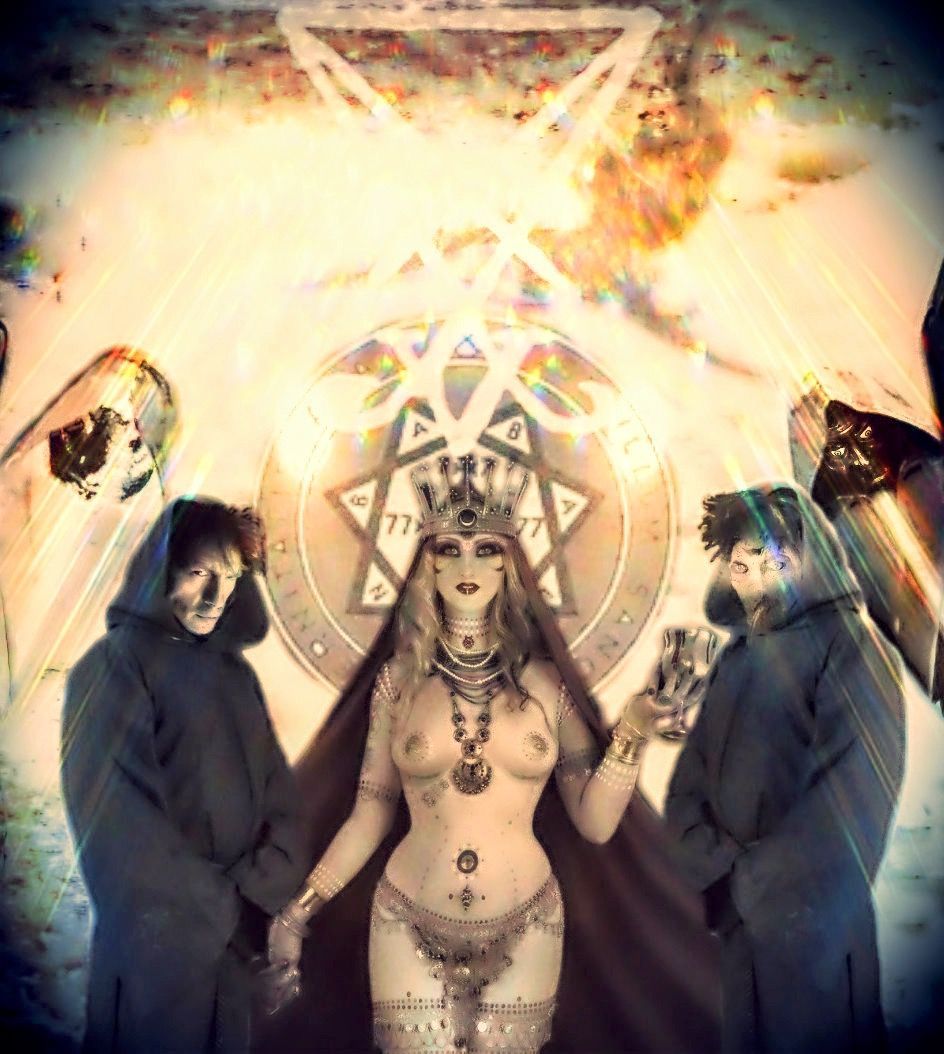 You don’t end up calling yourself GODDAMN GOTHS ON METH by walking the straight and narrow path; it takes a life filled with twists & turns so uniquely bizarre that most will be lucky enough to never relate.

Perhaps he was born an outcast…or perhaps the freak was beaten into his soul throughout his childhood growing up in a small redneck town within Colorado during the late 80s/90s.  Easily identifiable as the eccentric type and mercilessly introverted, he naturally kept mainly to himself, knowing that something inside him was noticeably different than the rest, & that the need to express that, was growing stronger.

From that point forward, everything fell together like a never-ending path of destructive dominos on the journey towards his own creative emancipation.  He joined his first Goth/Punk bands as a drummer as he made his way into the music-scene, only to retreat back to the safety and comforts of Christian faith soon after, studying under his minister until he became a full-on pastor himself.  The further he found his way into the religious realm, the more he uncovered an ungodly level of deception, hypocrisy & lies had perverted his church’s moral compass beyond repair, and he chose to walk away, forever and ever, amen.  With God so willing to turn his back on him – Satan was more than willing to pay full attention.

Obviously that led him to making Country music next – and also dabbling in the occult, getting initiated into Freemasonry, and receiving his 32 Degree in the Scottish Rite all around the same time, as folks do.  He moved to the city of sin, Las Vegas, spending the next eleven years playing with bands like The Trip, Dream Wire, and Billy Dare & The Pumps, in addition to marrying his longtime girlfriend of twelve years.

And for at least a brief moment, he was happy.  Life was good – until it just fucking wasn’t anymore.

Divorced the same year as he got married in, the spiral downwards almost swallowed him whole.  From a fierce addiction to coke & amphetamines, to a savage mental breakdown that put him in the hospital where he’d go on to be diagnosed with PTSD, ADHD, and a nearly crippling level of Schizophrenia – the tailspin he went through almost ended him several times over.  But as they say…what doesn’t kill you…

Gifted with a side-effect of his psychosis that he’s turned into a superpower, frequent spells of auditory hallucinations inspired him to document the levels of his madness through music, and as a result, his work as GODDAMN GOTHS ON METH became a genuine lifeline, and a verifiable pathway to his survival.

Unleashing an onslaught of sonic strangeness and dominating the shadows of the darkest corners of the internet, GODDAMN GOTHS ON METH has been crushing it for three years solid now.  From the release of its debut record ABRAHADABRA in 2018 establishing its limitless potential & penchant for the bizarre, to a plethora of killer digital grooves and punishing singles & EP on the way to the wild follow-up record BALAHATE in 2020 – GODDAMN GOTHS ON METH made a major impact with his expressionistic sound.  Establishing his latest project as one of the most unpredictable & exploratory to be found in music today – GODDAMN GOTHS ON METH is currently surging to the heights of its innovative creativity, and a year filled with new material.  With three albums released in 2021 so far, including Cabal, AJOKETOTELLTOU, and a record full of covers on Damned If You Do Damned If You Don’t – GODDAMN GOTHS ON METH is breaking ground in the art of deconstruction, and creating beastly versatile vibes that cannot be denied.